The Vernacular Media Section at LIBTRALO is headed by the Media Coordinator, Miss. D. Cynthia Barpoe. The main aim of Vernacular media is to motivate people to make use of the New Testament (Scripture in Use) that has been translated into Liberian languages by LIBTRALO with the help of Lutheran Bible Translators (LBT), with scripture songs and morality plays. The Bassa and Klao versions of the Holy Bible that were done by other missions in collaboration with the Bible Society in Liberia are also used to give the non-reading language people the opportunity to listen to moral lessons taught by the Word of God. This helps to strengthen their community interactions as well.

Cynthia Barpoe took over as LIBTRALO’s Media Coordinator in 2005. She conducts media workshops with language groups working with LIBTRALO and records scripture songs and morality plays. Morality plays are traditional stories with morals. At the end of each story, a Bible verse that matches the moral of the story is quoted. These are all done in the local languages of Liberia. These recordings are mostly done with the various language communities per prior arrangement. Back at the office, the Media coordinator then works with language groups concerned to edit and later produce master copies of cassettes and/or CDs. These master copies can be reproduced by the Media Coordinator for language groups, radio stations, institutions and individuals.

Cutting of promo and recording sermons are some work done for radio stations and pastors at the media office. Of course, LIBTRALO Spotlight, a fifteen-minute program of the Liberian Translation and Literacy Organization is recorded by the Media Section every Tuesday for airing on ELWA Radio. LIBTRALO Spotlight gives information about activities of the organization as well as presenting topics on linguistics, literacy and translation. The Literacy Director is the producer of LIBTRALO Spotlight.

Some groups that we have worked with

As a result of the many recordings and workshops done by the Vernacular Media Section of LIBTRALO coupled with the broadcast of LIBTRALO Spotlight more people are becoming increasingly aware of LIBTRALO and its activities. People do stop by at LIBTRALO to say thanks for the work and to request for language materials that will help them keep abreast of their own linguistic background. Similarly, when some singers whose voices were recorded heard themselves from cassettes or discs, they became excited that other people were going to be listening to their work. Because of this some of them are today active members in some language associations. Traditional story tellers are dying out, but by recording their stories through Morality Play workshops, the languages and cultural values of our people are being preserved for children unborn. That’s the power of vernacular media. 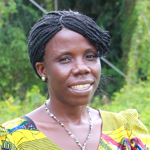 D. Cynthia Barpoe serves as the Media Coordinator of the Vernacular Media Department.  She received her training from LBT Media Specialist Mrs. Kedra Kenney and is currently enrolled at the University of Liberia in Secondary Education with emphasis in English & Public Administration. She also taught in Elementary School for five years.